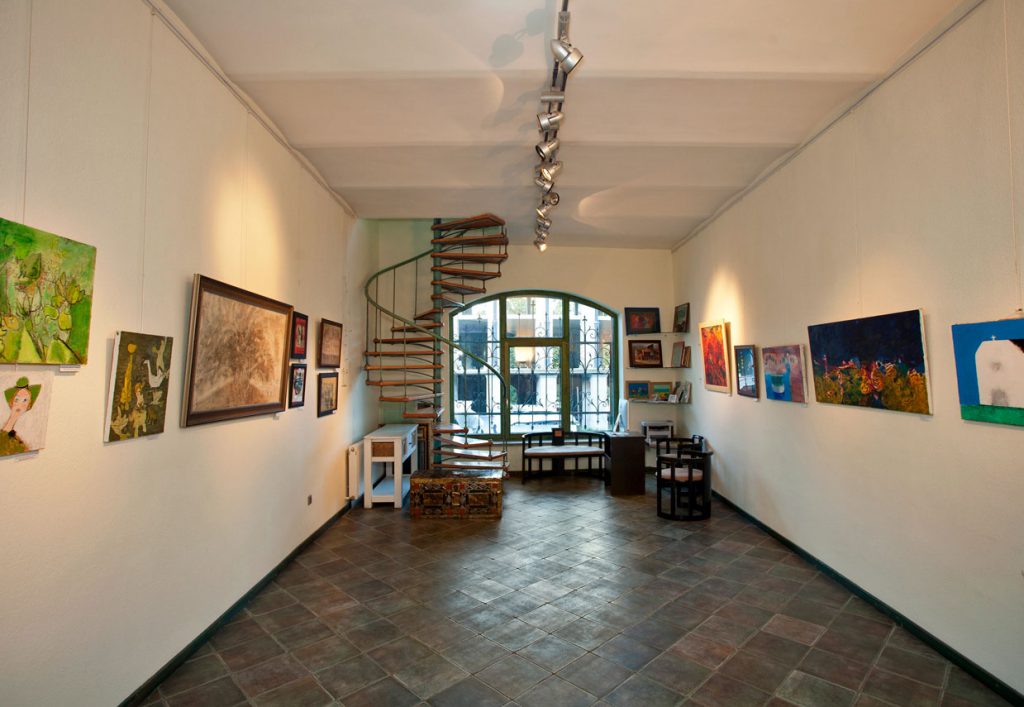 The 80s of the last century was a strange period for the Georgian art – it was the beginning of the end, when the Soviet era was collapsing catastrophically and in reality. The generation of the eighties, was standing on the threshold of a new and absolutely vague future of art. The processes going on in the outer world were most grave: war, chaos, economic crisis – the area of trouble with every man pulled in. The fate of History determined the fate of a man who had no chance to personally choose the desired objective circumstances… the only way out was to flee the undesired environment, to try to move to “another place”.

The art of the generation of the eighties was the fetishization of the dream to escape or, rather, to create another, ideal world and “migrate” there… it was their positional need; it was setting up of a survival space assembled from their private, autonomous “worlds” of this generation of artists. Despite the differences one common position is obvious: to oppose the deconstruction existing in the time and environment with the universal model of values, i.e. to substitute chaos with cosmos. By expressing this position the generation of the eighties established a Georgian model of European “trans-Avant-garde.” The generation of the eighties did not voice a protest, they adhered to the position. Almost everywhere in the post- Soviet area the protest against the existing situation revealed in the art in the reactionary manner, as aggressive, reflex and placard as the objective reality. But here in Georgia, the more crisis-like became the reality the more stable, harmonious and balanced was the artistic world. The artists, applying the universal model of cosmos opposed the chaos and destruction, tried to balance the radical processes going on in the real world with visual images: they created visual images of serenity, steadiness, beauty and stability for the environment thus showing the superiority thereof. However, this world, visually so attractive and highly aesthetical, still revealed the dramatism of the real world which made itself evident in a number of compositions by MerabAbramishvili: “Shavlego” and “Lamentation”, “Crucifixion” and “Tevdore”.